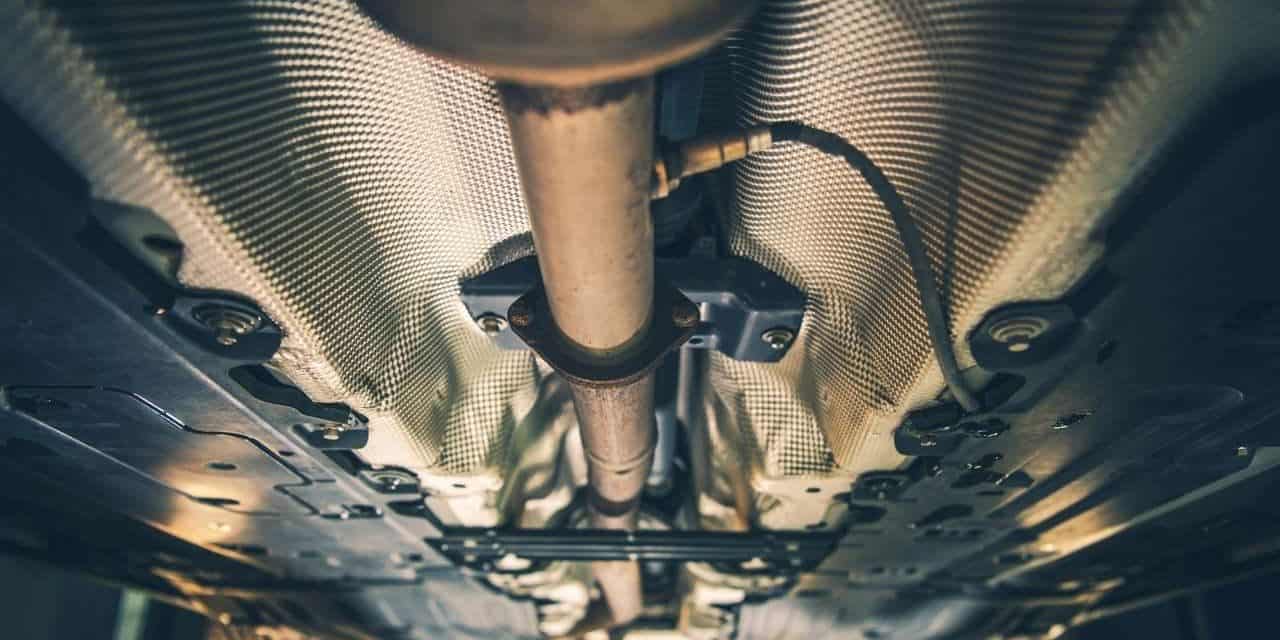 Car Exhaust System Parts and Function: A vehicle’s exhaust system is an important component in removing harmful exhaust fumes and keeping everyone in the vehicle safe.

At least six types of exhaust gases are produced when a vehicle is running. These emissions include carbon monoxide, nitric oxide, and nitrous oxide.

What are the benefits of customizing the exhaust?

You can achieve higher performance as well as specific exhaust noise.

By the end of this guide, you will become familiar with the vehicle’s exhaust system components. And how to find the right parts for your needs without knowing anything about your car’s exhaust system.

Let’s take a look at the names of the parts of the car exhaust system and how to improve performance.

The role of the Exhaust System:

Exhaust systems keep reactive gases away from controlled combustion in the engine. The entire system carries the combustion gas from the engine.

The exhaust system in automobiles sucks in waste products from the engine and sends them into the air. This prevents waste from polluting the indoor air. Exhaust gases also help the engine. If your car’s exhaust is dirty, your engine will run inefficiently, consume more fuel, and reduce power.

Rust and corrosion are the worst enemies of your car’s exhaust. Moisture is the number one cause of rust, and the vehicle’s combustion produces it. The higher the humidity, the higher the risk of vehicle corrosion.

Preventing rust and keeping your Exhaust system clean has many benefits, including:

Proper control of toxic gases: Cars emit several types of toxic gases. Carbon dioxide, hydrocarbons, sulfur dioxide, and lead are just a few of the substances emitted from the tailpipe.

Cooling down: If you accidentally hit an exhaust pipe with your bare skin, you know how hot it can be. The tube gets hot to the touch, but it can get quite hot if it gets dirty or clogged.

How Does The Car Exhaust System Work?

Every time your car drives, thousands of small explosions occur in the engine. Each explosion generates energy. It happens when the engine pistons are pressed. A side effect is that it produces energy and residual gas.

The exhaust must keep away from the engine compartment to prevent gas from entering the passenger compartment and inhaling humans. It is the main function of the automobile exhaust system.

But in modern cars, you can do more with the exhaust system.

If exhaust gases are released directly into the atmosphere, it affects more people and other creatures. The continuous explosion of the engine causes noise pollution. The modern automotive exhaust system is designed to solve all of these problems.

Functions of a Car Exhaust System:

A car exhaust system mainly has three important functions. They include:

It also helps to reduce noise that occurs during fuel combustion

The car exhaust system consists of many chambers and tubes. It starts with the engine and continues to the exhaust pipe at the vehicle’s rear.

Most vehicles are equipped with a 4-cylinder engine with a single exhaust. High-performance, “sporty” cars like the V8 generally have two exhaust systems.

Parts of the Car Exhaust System:

The names of the exhaust system parts are as follows:

The purpose of each part is different, and for the exhaust system to work properly, all six parts must work properly.

The exhaust manifold design has a significant impact on the engine’s power and torque characteristics, as does the design of the pipe it is attached to.

Combining separate exhaust paths ensures that the pulsations are created in one cylinder. In addition, the negative pressure wave is designed to facilitate the flow of exhaust gases from the cylinder.

The exhaust manifold is subjected to high thermal loads because it is the first component that carries exhaust gases away from the engine.

All cars produced after 1980 are equipped with oxygen sensors. It is in the emission control system. The O2 sensor sends data to a control computer located inside the engine in operation.

Oxygen sensors are typically located on both sides of the catalytic converter. They measure how much oxygen is in the exhaust system and the waste.

These are often in the Finetune intake process and often in the exhaust manifold. The sensor adds or decreases fuel based on the oxygen level during the combustion process.

This allows you to exhaust the appropriate fuel in the air mixture. The engine must use the exact amount of oxygen required for fuel combustion. This means that oxygen or fuel will not remain residual.

The motor control device (ECU) of the modern fuel automobile analyzes the oxygen reading of the exhaust sensor. The ECU can ensure that the fuel has the best air mixture before it is in the engine cylinder. This is achieved by changing the amount of fuel injected.

It works by breaking down dangerous molecules in the car’s gas before being released into the atmosphere.

The catalytic converter is located on the vehicle’s underside and looks like a large metal box. There are two pipes. The converter uses these two tubes and a catalyst during the process to allow the gas to be discharged safely.

Gases are supplied from an “intake” pipe connected to the vehicle’s engine. These are sprayed onto the catalytic converter and cause a chemical reaction that breaks down the contaminants. The less harmful gas flows through a second pipe or “exit” that connects to the car’s exhaust pipe.

The newer vehicles are equipped with more advanced “three-way” catalytic converters that perform the above functions and together reduce nitrogen oxide (NO) and nitrogen dioxide (NO2) emissions, better known as NOx, and a major cause of local problems.

The Diesel Particulate Filter (PDF) is an exhaust after-treatment device that captures particulate matter such as soot and ash.

A PDF is a filter mounted on diesel vehicles to capture and store exhaust gases released into the atmosphere.

PDF has been standard on diesel vehicles since 2009, when the Euro 5 emission legislation was introduced to reduce the vehicle’s CO2 emissions.

The exhaust pipe is connected to the muffler and is often attached to the car’s rear end with a bracket.

The pipe is made of stainless steel. Depending on the design, the exhaust pipe can be straight or curved.

The exhaust connects to the silencer and is usually attached by a bracket to the vehicle’s rear. Due to age, exhaust pipes are prone to damage from rear impacts, mounting failures, damaged seals, and corrosion.

A muffler or a silencer is a device for reducing the noise emitted from an internal combustion engine’s exhaust, specifically, a noise damping device that is a part of an automobile exhaust system.

Most internal combustion engine exhaust systems are fitted with mufflers. It is designed as an acoustic device to reduce the amount of sound pressure generated by the engine due to acoustic attenuation. The sound of the scorching hot exhaust leaving the engine at high speed is muffled by a series of passages and chambers lined with roving glass fiber insulation. The sound waves are inevitably offset.

Side effects of this Noise reduction are the suppression of exhaust flow and creating back pressure that can reduce engine efficiency. The engine exhaust must share the same complex exit path built into the muffler as the sound pressure designed to attenuate the muffler.

How to identify the exhaust system problems?

There are moreover 6 symptoms and signs of exhaust problems: They are:

4. Burning Smell From the Engine Bay

One of the biggest problems that can damage an exhaust system is rust. It can crack or break various exhaust system components, leading to exhaust gas leaks.

Rust is a more serious problem in areas where salt is used regularly on icy roads in winter because salt can corrode if not washed out every few weeks.

Some other problems are,

Some of the most common exhaust smoke colors are:

Blue Smoke: This is usually a sign of oil burning in the combustion chamber. This can be due to valve seals, valve guides, piston rings, worn cylinder walls, or PCV systems.

Black Smoke-Usually represents overburning fuel, wasting gas, and saving money. It may be due to a clogged fuel injector or a clogged air cleaner.

White / Gray Smoke-Coolant is burning in the combustion chamber. This means that either the cylinder head, the engine block, or the head gasket is damaged or damaged.

Why do you need to troubleshoot your exhaust system?

Minor exhaust system problems can easily become serious if not addressed immediately. For example, an exhaust gas leak or a defective oxygen sensor can cause serious damage to the catalytic converter due to overheating. These components contain rare metals that are expensive to replace. An untreated imbalance exhaust system can also damage the engine.

Potential health risks must also be considered. Exhaust gases that do not go the other way from the engine can easily return to the cabin, exposing the driver and passengers.

Not everyone knows that the car’s exhaust system needs to be checked regularly for problems.

Fortunately, it’s very easy to determine when an exhaust gas needs repair. It makes a louder sound than ever before. That’s it!

However, it should be noted that the warning signs of wear or damage to the exhaust system are not always clear. It is highly recommended to regularly have an expert check the car’s exhaust system. This allows you to identify and fix problems before generating a rumbling exhaust.

Exhaust problems don’t just affect the performance of your car. But it also leads to lower fuel efficiency. It means that you will pay more in the long run. 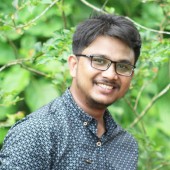 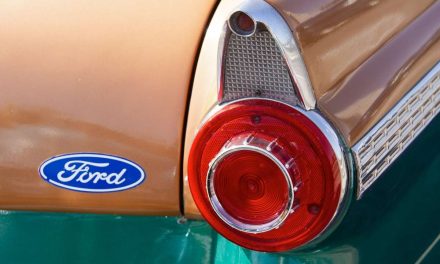 How to Program a Ford Transponder Key with One Key

What Size Battery Do I Need For My Car? Here is how you can find best 1

Best 10 Steps To Finding The Right Car For You: A Blog On Finding Your Dream Car 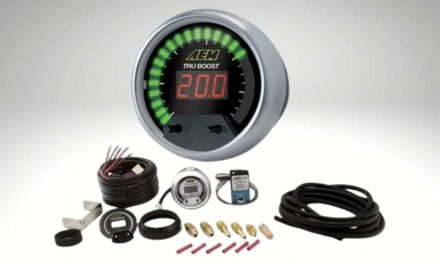